The world’s first mass-produced FCV “Toyota MIRAI” has undergone a full model change and was launched on December 9, 2020.

The hydrogen-fueled vehicle is the “ultimate eco-car” that enables a long cruising range with a short fuel filling time while achieving zero emissions.

The new MIRAI is powered by an electrochemical reaction and is equipped with an FC stack (fuel cell) that produces water and electricity by reacting hydrogen and oxygen.

We are developing an “electrode catalyst” that is used to accelerate the reaction between hydrogen and oxygen in fuel cells.
Following the MIRAI released in 2014, it was also adopted in the new MIRAI.

Our electrode catalyst has improved catalyst performance compared to MIRAI released in 2014, and has contributed to a significant reduction in the amount of platinum used.

In anticipation of the widespread use of fuel cell vehicles in the future, we have significantly improved the production capacity of electrode catalysts and improved the supply system.

▼ Click here for the electrode catalyst used in MIRAI
https://www.cataler.co.jp/en/aee2018/electro/fcv.php 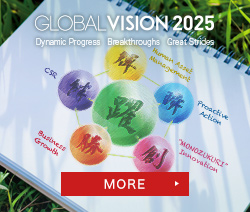 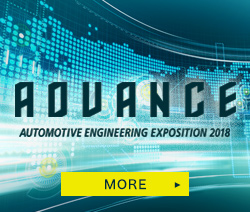