Tsubaki Miki, who belongs to our company, participated in “SNOWBOARD WORLD CUP MOSCOW” held in MOSCOW (Russia) on January 30th, 2021.

[Qualifying]
・43 people from all over the world entered this race.

Played against Austrian veteran Claudia Riegler (47 years old) who was 9th in qualifying.
Tsubaki chose the red course and won by 0.24 seconds.

The quarterfinals were the same opponents as the World Junior Championships finals at the end of last year.
Sophia Nadirsina (Russia) is 17 years old, born in 2003, the same year as Tsubaki.
She won the World Cup twice in January this year after winning the World Junior Championships at the end of last year. (Jan.9th at Scuol, Jan.12th at Bad Gastein)
The match against Tsubaki’s biggest rival was unfortunately defeated by 0.43 seconds.

Tsubaki is in 7th place and is her first World Cup best 8 winner.
Being in the top position in qualifying (having the right to choose a course in the final) is an important point for winning the final race.

I would like Tsubaki to rush the next week’s World Cup 2 races from the start, aiming for the goal of this season, “Achieving the World Cup Best 8 or higher three times or more.” 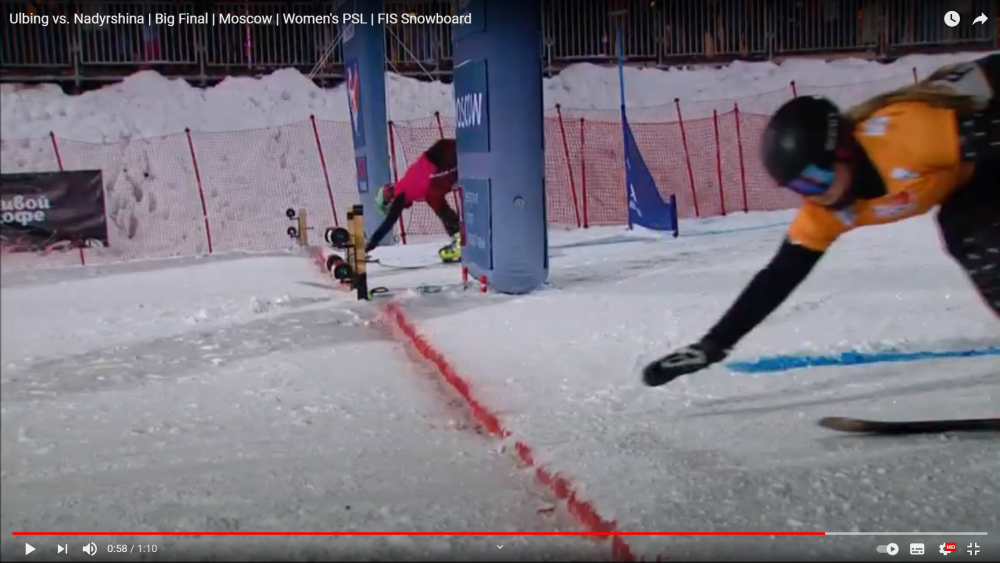