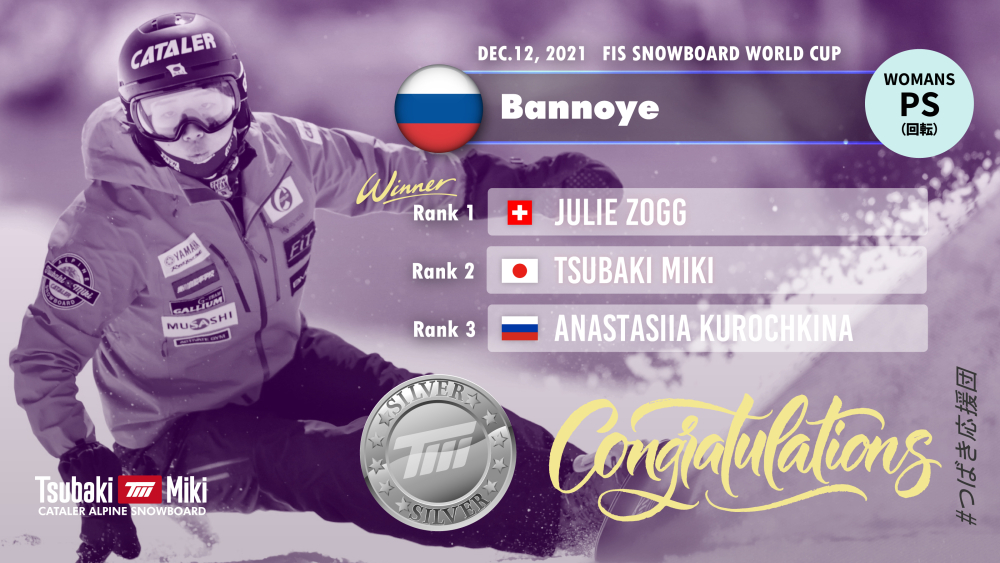 Tsubaki Miki, who belongs to our company participated in “FIS SNOWBOARD WORLD CUP” held in Bannoye (Russia) on December 12, 2021.

Advance to the final with 8th place in qualifying

Although they finished at a same time, Tsubaki advanced to 1/4 FINAL because she got high score in the qualifying.