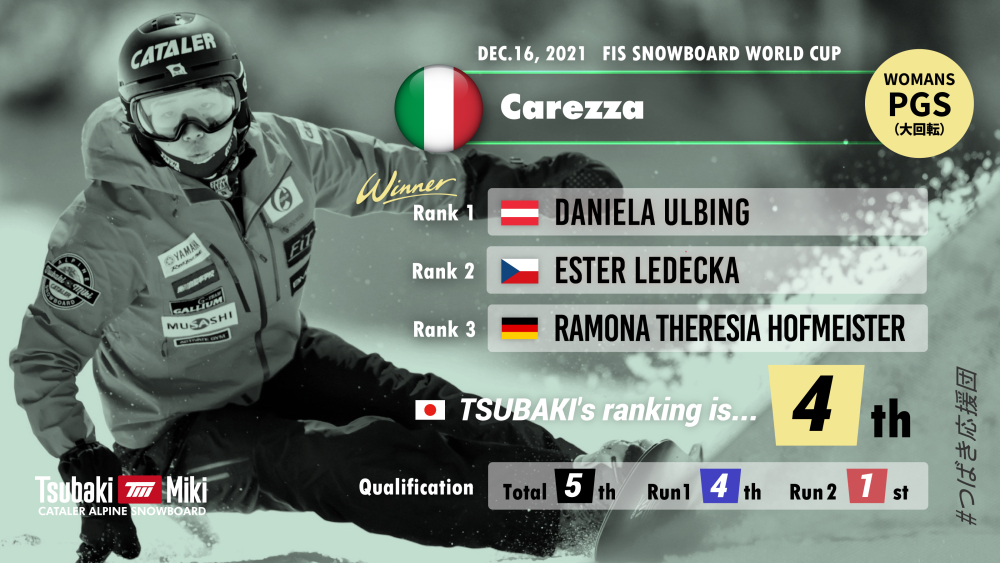 Tsubaki Miki, who belongs to our company participated in “FIS SNOWBOARD WORLD CUP” held in Carezza (Italy) on December 16, 2021.

Advance to the final in 5th place in qualifying

Win due to opponent player DNF (*)

To abstain in the middle of the competition

Ledecka is a dual wield queen who won gold medals at the 2018 Pyeongchang Olympics in two different competitions, alpine skiing and snowboarding.

You can see the video of this race on the FIS Snowboarding YouTube channel.