Tsubaki Miki, personal best at the World Cup PGS qualifying in the first round of 2022, finished in 9th 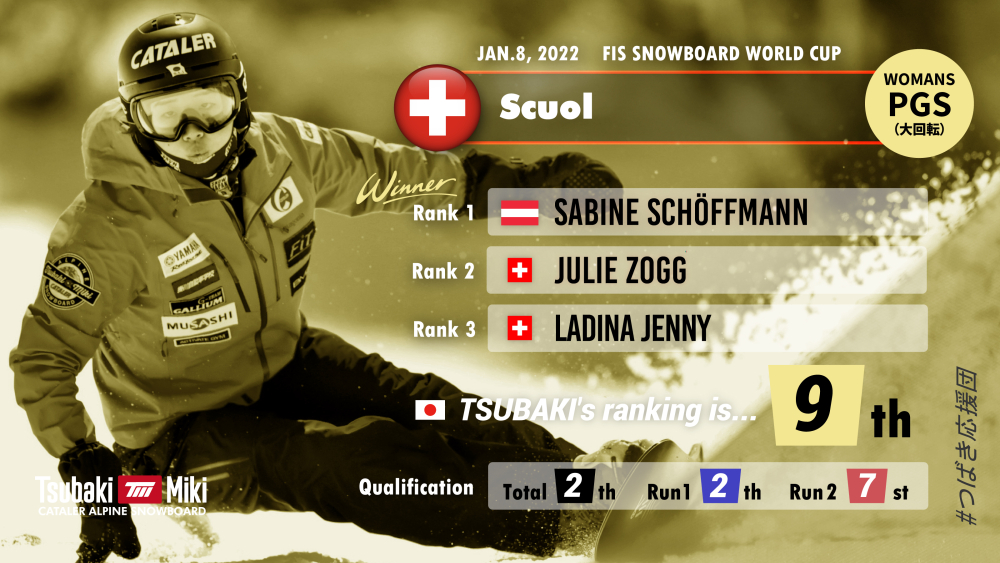 Tsubaki Miki, who belongs to our company participated in “FIS SNOWBOARD WORLD CUP” held at Scuol (Switzerland) on January 8, 2022.

*  In the final tournament, the player who finishes earlier is win, not the time competition.

To abstain in the middle of the competition

It will be a hard week, but there is no doubt that it will be an important four races to test Tsubaki’s new sliding technique.