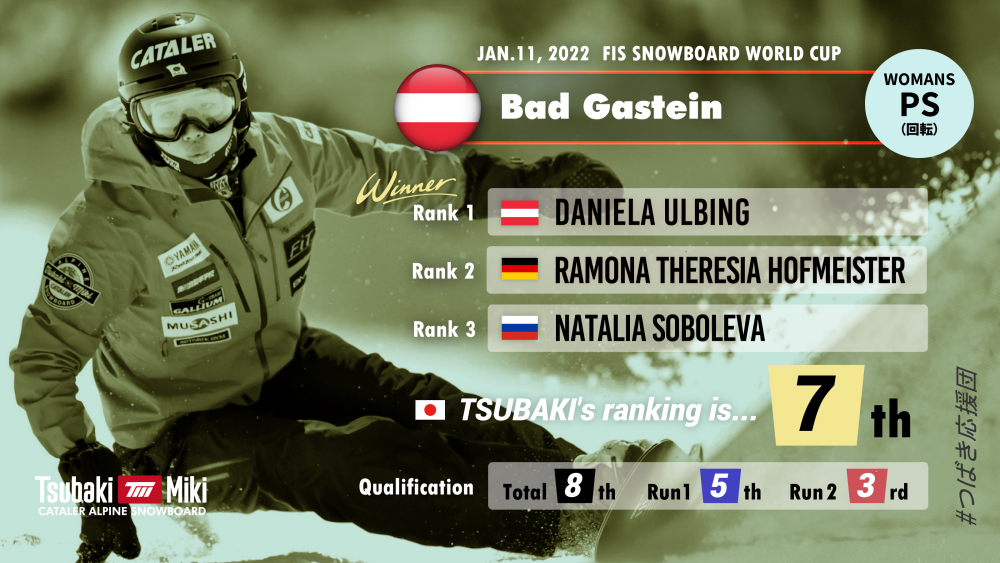 Tsubaki Miki, who belongs to our company participated in “FIS SNOWBOARD WORLD CUP” held at Bad Gastein (Austria) on January 11, 2022

She was in the lead, but she seems to have fallen as she passed the gate.

* To abstain in the middle of the competition.

* Each schedule is planned and subject to change.