Tsubaki Miki was defeated in the best 8 of the Snowboard World Cup PS (Parallel Slalom), and Miss the PS season champion 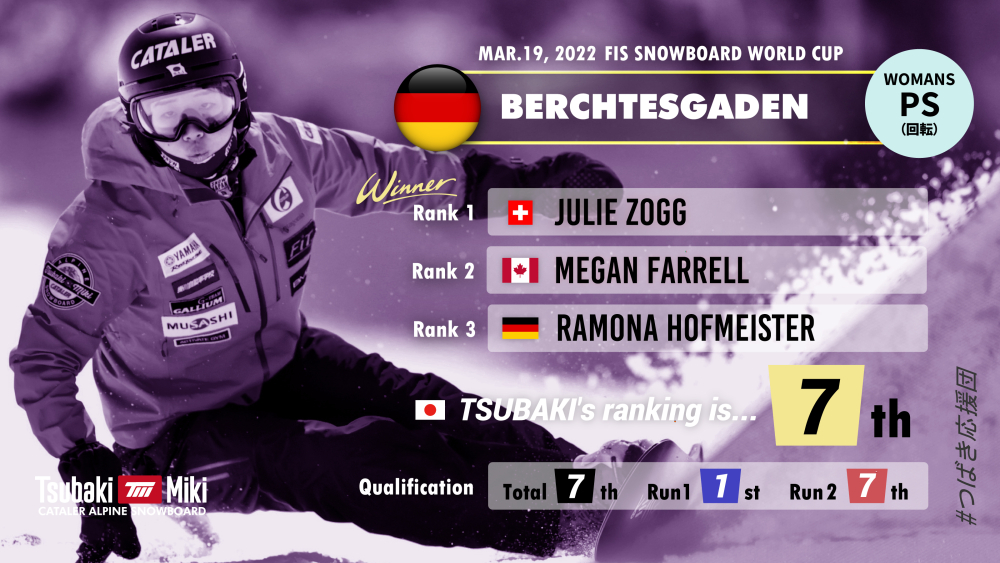 Tsubaki Miki, who belongs to our company participated in “FIS SNOWBOARD WORLD CUP” held at Berchtesgaden (Germany) on March 19th and 20th, 2022. 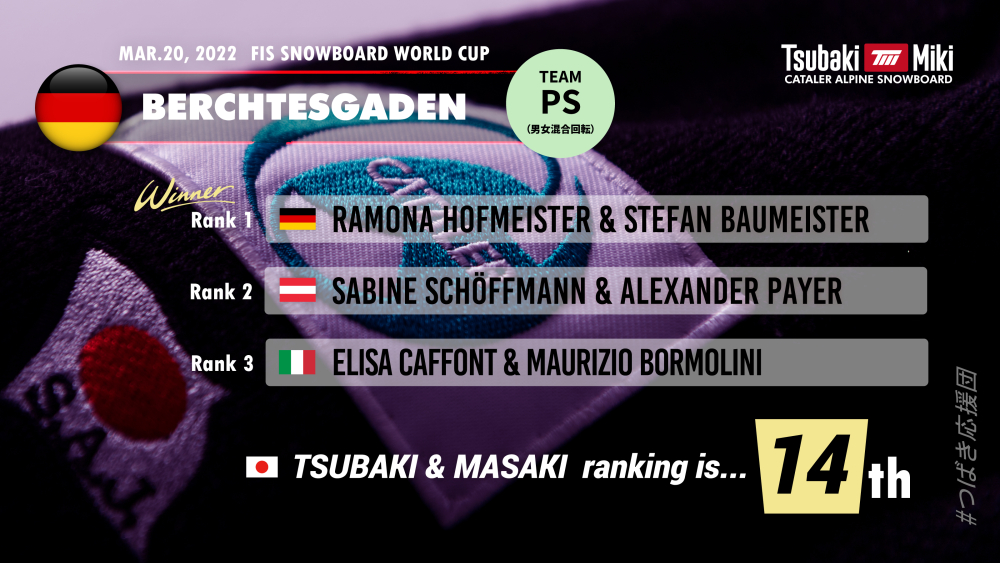 * Do Not Finish: to abstain in the middle of the competition.