Tsubaki Miki, a player belonging to our company, participated in the “FIS SNOWBOARD WORLDCUP CAREZZA” held at Carezza (Italy) on December 17, 2020. 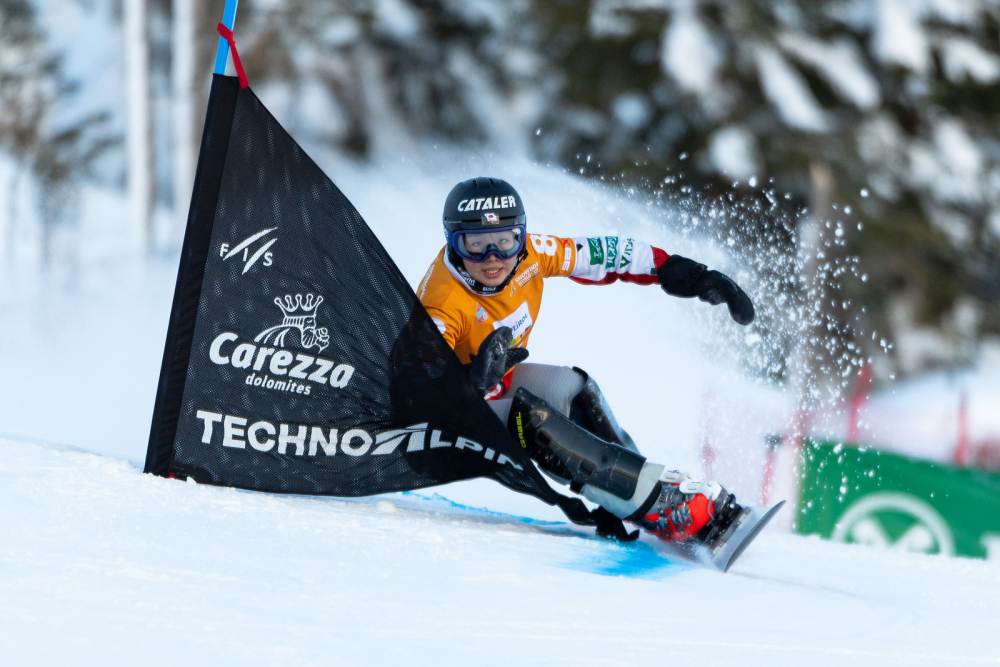 (Qualifying 1ST RUN: RED)
Play against Milena Bykova (Russia), the gold medalist of the 2019 Krasnoyarsk Winter Universiade, for the first run of qualifying.
Although she lost by 0.05 seconds, she set the 7th place time on the red course and advanced to the second qualifying run.

(Qualifying 2ND RUN: BLUE)
The second run also played against Milena Bykova (Russia), who played in the first qualifying run.
It was a good race to return her first loss, and she defeated Buikova by 0.23 seconds and broke through the qualifying in 3rd place on the blue course and 8th place overall in qualifying.

* In the second qualifying round, players with the same results in the first run will play against each other in each RED / BLUE course. Each will play on a different course from the first one. (The running order is from the lowest player to the top player)
Therefore, the first and second cards may be the same match card.

* Only the top 16 players in the total time of the first and second qualifying rounds can advance to the final tournament.

(1/8 Final)
The final (from the third run) is a tournament system in which the player who finishes early wins, not the time.
This is an important race for Tsubaki, who is aiming to advance to the World Cup Top 8 three times or more this season.
Her opponent is Jessica Keiser (Switzerland).

She was unfortunately eliminated by 0.14 seconds …
Tsubaki has a better time in qualifying, but it’s difficult to win one-on-one.

Do your best to become the best teenager in the world!