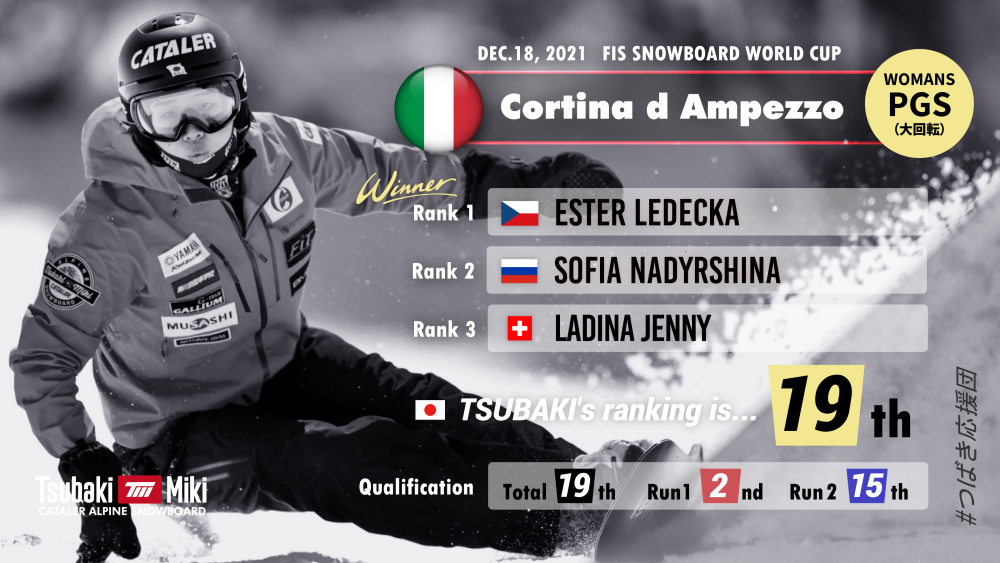 As a result of trying new turn skill this time, which is the final race of 2021, Tsubaki slowed down because the curve could not be completely turned in the second qualifying race, but she said it was a race that will lead to next year.

In the first race of 2022, Tsubaki will challenge the World Cup (PGS) to be held in Switzerland on Saturday, January 8th.

Expect to be exactly what she said next time!